The first Thursday of April marks National Burrito Day! When you think about America’s most popular foods, burritos might not be the first things that come to mind. But last year, a whopping 1,764,317 burrito orders were placed from people from all 50 states. Let this serve as proof that true to our melting pot culture, the burrito has taken a hold on America’s hearts! It’s pretty poetic if you think about it. Different, diverse ingredients that when layered together (and wrapped in a delicious, warm flour tortilla) becomes something new — its whole greater than the sum of its parts.

Burritos first started appearing on American menus in the 1930s, making their U.S. debut at the “El Cholo Spanish Café” in Los Angeles. Over time, burritos would continue to grow in popularity and variety — once, only found in the Southwest — the burrito would soon spread to other regions. The first frozen burrito was sold in 1964, breakfast burritos were introduced by 1975 and eventually, these handheld delights could be found in restaurants and grocery stores across the country. Unsurprisingly, today California still accounts for 7 of the 10 cities where the dish was ordered the most in the past year.

The first recorded mention of a “burrito” can be found in the “Dictionary of Mexicanisms” in 1895. Burro, means donkey in Spanish, so it’s thought that “burrito” or “little donkey” refers to the uncanny resemblance between burritos and the packs and bedrolls donkeys carry on their backs. Today, according to Webster, a burrito is defined as: a flour tortilla rolled or folded around a filling (as of meat, beans, and cheese).

A flour tortilla rolled or folded around a filling of meat, beans, and cheese hardly even begins to cover it! Depending on the region or restaurant, you can find burritos filled with everything from french fries, to fried fish. The varieties are truly endless, and if you know what to order, you can even get the whole thing smothered in cheese. 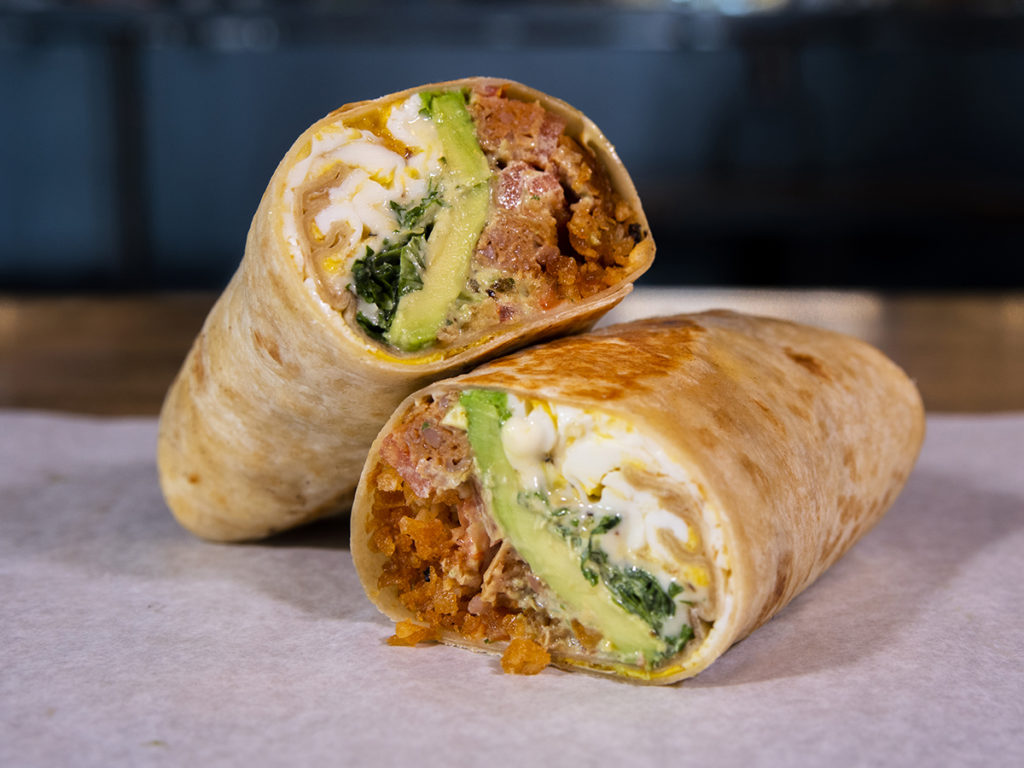 Small, comparably thin and rarely consisting of more than 3 ingredients — bigger is not always better when it comes to traditional, Mexican-style burritos. With these, you can expect simple pairings of meat, potatoes or refried beans with cheese, wrapped in a fresh flour tortilla.

Named for the Mission District of San Francisco where they originated. These burritos are the quinntessential rice, beans, meat, cheese, sour cream, lettuce, tomato popularized by restaurants like Chipotle and Qdoba. The originals had similar ingredients, but were significantly less massive than the burritos we know and love today.

Order your burrito “suizo” (also listed on some menus as wet) and it will come out of the kitchen smothered in red chili sauce and then topped with melty, gooey chihuahua cheese. At this point, they’re no longer handheld. But trust us, it’s worth it to break out a fork and knife.

In this version, thick, fluffy french fries take the place of rice and beans as the starch of choice. The fried potatoes are typically paired with carne asada, sour cream, guacamole, and cheese, then wrapped up in the classic flour tortilla. We can thank San Diego for this burrito delicacy, it first appeared in the 1980’s at a chain of taco shops by the name of Roberto’s.

Burritos have become so popular, it’s no surprise other food cultures have started to get in on the action. Inventive chefs the world over have filled flour tortillas with everything from Korean BBQ to scrambled eggs to mac and cheese. We’re happy to keep trying new ingredient combinations until they run out of ideas.

Hungry now? Check out Grubhub Perks from some of your favorite spots!