5 Things You Need To Know About Donuts

Donuts hold a special place in our hearts. They’re a dessert that has somehow managed to become a breakfast food, there are countless variations from cake to glazed to cream-filled, and every donut shop around the world puts their own creative spin on their specific creations. What’s not to love? Read on for a few facts you need to know when it comes to this favorite pastry.

So which is it? Doughnut or donut? The answer is that they’re both correct. Original spellings date back to the 1800s where doughnut was the primary form of speaking. In the mid 20th century, the donut spelling gained popularity in part due to franchises using this spelling. Now, both spellings are considered proper. Which do you prefer?

Dutch settlers likely brought donut our way. Thank you, Dutch settlers. This origin theory states that Dutch settlers in the 19th century began making them in North America. They were born as “oily cakes” spelled oliekoek, which referred to the fact that they were fried in oils. 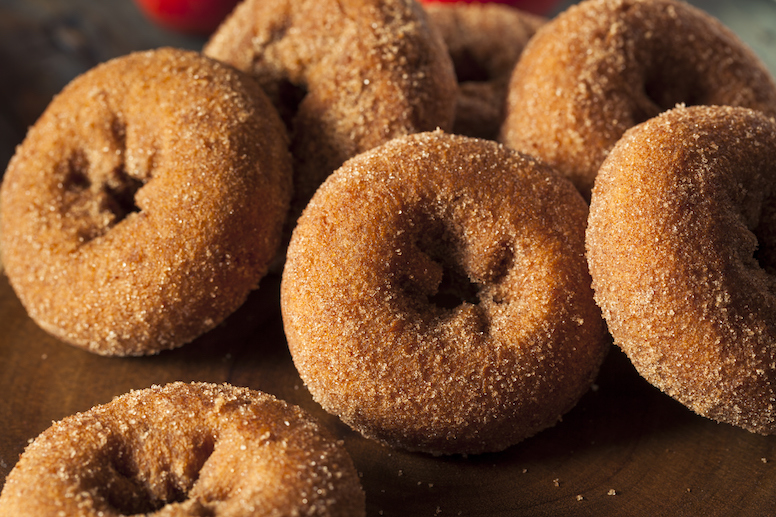 Why is there a hole? According to one origin theory, an American named Hanson Gregory was tired of the raw center of the donut, so punched a hole so that the consistency was fluffy on the outside, and didn’t end up raw in the middle. Bless you, Hanson — for both a fully fluffed donut, and the fantastic donut hole we know and love.

Not all donuts are the same. Over time and all around the world, various forms of donut have been invented and it is important to know the difference. There are a few common forms in America, but believe us, the list goes on and on with variations that we suggest you try. Here are a few to add to your list:
– Cake Donut: These are smaller and more dense in texture and richer taste. Think cake, in donut form, with delicious glaze coating the exterior.
– Raised Donut: These are more like the traditional glazed style donut, fluffy on the inside.
– Old Fashioned: These variations are similar to cake donut, but their shape is tiered, which gives them a crusty outer layer once baked. We believe they are best enjoyed Plain Jane. But we also can agree that there is definitely some merit to a glazed or chocolate coated old fashioned. 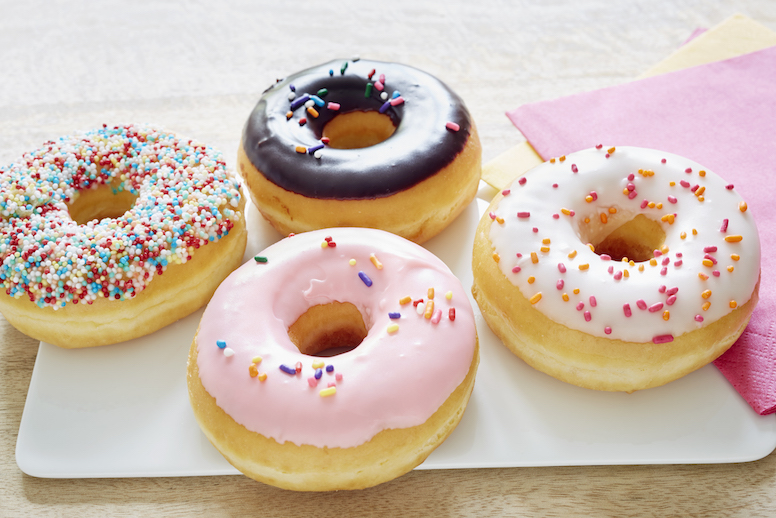 Donuts are better when they’re enjoyed in bulk. Did you know that the largest donut orders get up around the 30s on average, when ordered on Grubhub?

Now that you’re armed with the facts, order some donuts.

Find donuts near you