Can we be frank with you? It’s National Hot Dog Day, and as dutiful observants of this sacred celebration, we couldn’t help but think of the USA’s most iconic hot dog joints. Namely, Ben’s Chili Bowl in Washington, D.C.

Ben’s knows dogs — this spot has been slinging its renowned spicy half-smoke (we’ll get into that later) for nearly 60 years in the nation’s capital. We sat down with Vida Ali — daughter of the late Ben Ali, the original proprietor — who dished on the D.C. institution’s modest start, Caribbean roots, and the star-studded diners that line up for their delicious dogs.

Ben Ali left his hometown of San Juan, Trinidad in 1945 to build a new life in America. While in D.C., Ben met his fiancée Virginia. Together, they built Ben’s Chili Bowl on Avenue U in a former pool hall — with only $5,000. (We promise that number isn’t missing a few zeros.) 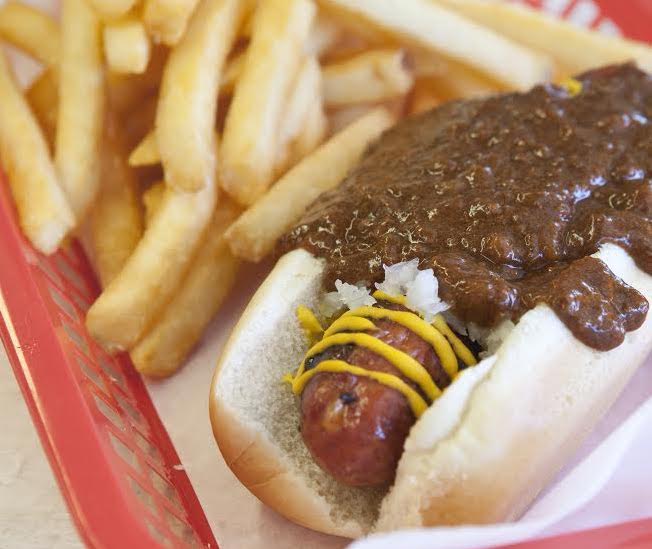 The Half-Smoke: Bringing the Trinidadian Heat to D.C.

“He took all-American dishes like hamburgers and hot dogs, and since he was from Trinidad, he said ‘let’s add spice to them’. That’s how he became known for the chili. And the rest is history, as they say,” Vida Ali noted. Ben tapped into his Trinidadian culinary roots to create the acclaimed chili, which is kicked up a notch with plenty of pepper, Vida admitted.

That secret family recipe became an integral part of the famed hot-smoke — a half beef / half pork dog slathered in chili, mustard and diced onions, all while perfectly nestled in a freshly steamed bun. (Yep, we’re drooling too.)

Serving a Diverse Community for 60 Years

In the early days at Ben’s, powerhouse musical artists such as Nat King Cole and Miles Davis would stroll in following concerts. Barack Obama made an appearance here right before his inauguration. Cut to present day and the likes of Jimmy Fallon, Bruno Mars, and Bono are queuing up for the iconic chili-drenched franks.

While serving celebrities is an honor, feeding the rest of the neighborhood is just as important, Vida notes. Ben’s welcomes the homeless community with the same warmth and kindness as they would the president. “Our motto is: they come in as a guest, but they leave as family,” Vida said.

With Ben’s 60th anniversary just around the corner, Vida reminisced about the restaurant’s rich history. “I say this all the time…it’s a legacy that you’re humbled by. It took the community and the city to make it what it is.”

Check out the menu at Ben’s Chili Bowl and order below if you’re in the D.C. area.

Not in D.C. but really feeling a hot dog right now?​