Kimchi Is The World’s Favorite Food

Korean cuisine is all delicious, but one dish in particular sets the bar for influence and popularity, both in Korea and around the world. Kimchi is a celebrity food unlike any other, hitting the funky sour palate from all sides like a bullet. A myriad of tastes are possible, depending on the preparation, production and storage of the dish, making this favorite both undefined, yet very distinct.

The national dish of Korea, kimchi is a made of vegetables such as napa cabbage, radish and scallion, though a wide variety of peppers and seasonings can be added to influence the complex flavors.

What turns vegetables into kimchi?

Kimchi makers rub spice blends up and down every leaf of veggie, before setting them aside in jars to age gracefully like a wine. The vegetables and spices are left to ferment anywhere from a few days to several months to create a tangy, but still crunchy, superfood. Kimchi is categorized by the main ingredients, the region it is produced in, add the season it is initially packed, and there are over 180 varieties. 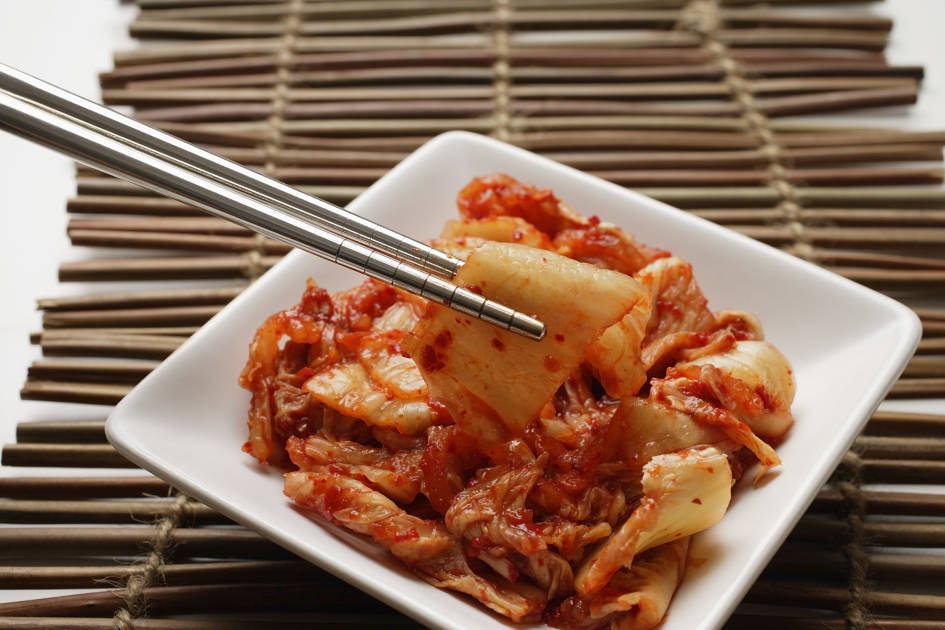 What’s so great about it?

Considered to be one of the healthiest foods in the world, both from the probiotic elements that will do wonders for your body, and as the base ingredient of napa cabbage – a superfood in its own right. In fact raw cabbage like that found in most kimchi is determined to be effective in preventing cancer, due to the presence of Sinigrin, a plant molecule that boosts the body’s immunity.

It’s so good, and good for you, that South Koreans eat around 40 lbs of kimchi, per person, per year. Many credit the industrious spirit, unflappable energy and even the economic growth of the country to the benefits of its favorite dish.

Recently, Kimchi has gained more and more popularity outside Korea, and you can’t walk too far in a major world city without finding some form of the dish advertised, either on its own, or added to rice, soup, pancakes, for an extra kick and a chef’s signature. The most expensive plate of kimchi ever served was onboard the Soyuz TMA-12, when the first Korean astronaut Yi-So-yeon led a multimillion dollar research project to lessen the odor of kimchi while maintaining it’s unique and wonderful taste. 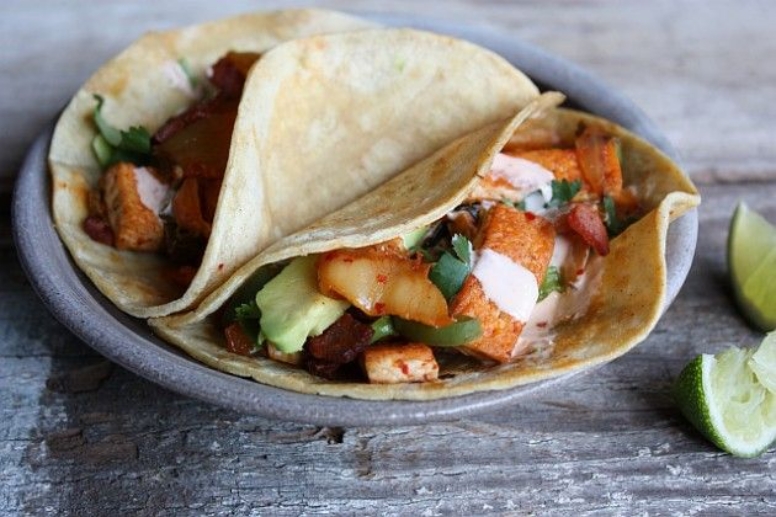 If you haven’t tried Kimchi, you should ask yourself what almost everyone in the world is raving about. The distinct smell and big taste might not be what you’re used to if you like blander foods, but if you are a fan of exciting flavors, and food that will always surprise you, then Kimchi is worth checking out.

Here are three restaurants on Grubhub serving up some of the most fantastic fermented finds out there.

Get your kimchi on.